“Project Lydia” is the new street-legal car that Bugatti is supposed to work on to make it faster than the Veyron, announced the German magazine Auto Motor und Sport. Though it’s just on paper right now, it is supposed to use a 12-cylinder engine that sports some 1,175 hp and tops at 400km/h (248 mph) 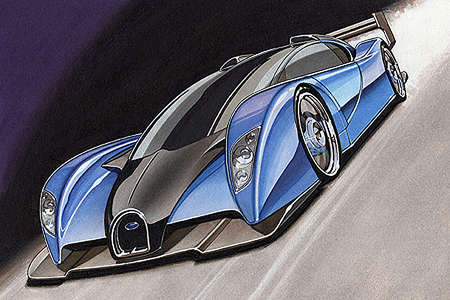 And like we wouldn’t have enough Bugatti rumors, “Project Lydia” is supposed to be a mix between racing and design with Bugatti’s characteristic front grille staying, a huge rear spoiler, front air splitter and the extreme lowered chassis and engine positioning. When it comes to performances, they expect a Nurburgring Nordschliefe lap time of 6 minutes and 40 seconds which is 1 minute better then the Veyron.

Here are a two more sketches on how it might look. 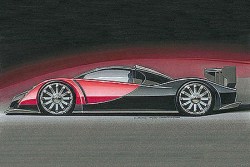 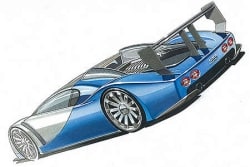 “Project Lydia” named after Ettor Bugatti’s wife Lydia, is going to cost a mere 2.5 Million euros and may become the new king of the ring with only 70 (lucky) owners getting their hands on it. I bet the Sheiks are alerted already, because in 2010 we may see it running nicely on those 20-inch big wheels.