This is an interesting thing and I have to agree the Indian company has done a great job to build a car. It’s called Tata Nano and is supposed to be the “Peoples’ Car”. It was first shown to the public today at the New Delhi Auto Expo and only costs $2,500. Yes American dollars and you’re reading it right. 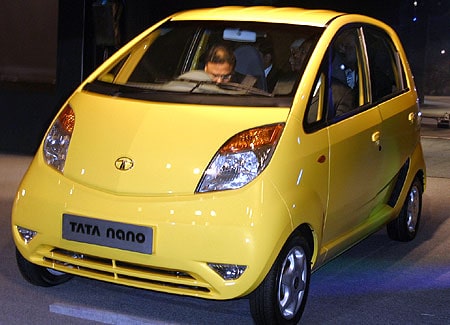 Though is that cheap it does have a few features that may not reach your taste. It has a 624cc petrol engine which sports 33hp meets the Euro IV standards and achieves 54mpg, has a four-speed manual gearbox, dashboard with a speedometer, fuel gauge and an oil light. It comes in three versions and for the base level it will have no radio, no air conditioning and no power steering. You get air conditioning on upper versions but what an you expect from a 33-hp engine?

Tata Motors said that the Nano managed to pass all the security tests, both frontal and side impact. The car should be available from the second half of 2008 and the Indian company plans to sell 500,000 units.

How will the Tata Nano affect the Indian car industry? What do you guys think?