If no speed limit is your motto and you live in the UK I have bad news. Apparently the Metropolitan Police teamed up with Caparo, Britain’s supercar manufacturer to create the cool F1-looking police car, Caparo T1 RRV (Rapid Response Vehicle) that can go from 0 to 100mph in just 5 seconds.Though it’s just a concept car right now, Caparo T1 RRV was designed to patrol the M25 Highway for getaway drivers or speed limit breakers. It sports 575hp at 10,500 rpm from a 3.5L V8 engine and a top speed of 200mph, so believe me you don’t want it on your tail if you did something bad.

If the concept becomes true, I am sure what I want to do when I grow up: become a police car driver. 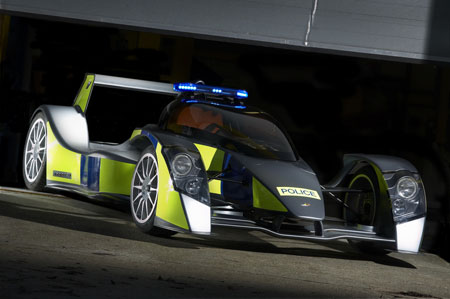